"Tom Kirsch's unique life as a Jungian spans much of the history of analytical psychology which he both witnessed first hand and helped shape. His gifts of seasoned insight, finely tuned feeling and a keen eye for specific historic detail makes this volume a rare and significant contribution."

– Tom Singer, M.D., Jungian analyst, author of The Cultural Complex
"Tom Kirsch is one of the core creators of the Jungian world as we find it today. His knowledge of the history, the issues and the personalities is second to none. We knew that Kirsch is kind, empathic, related – and responsible for a raft of interesting publications. Maybe we  – or some of us – did not know how frank, penetrating, controversial and insightful an observer of professional political process he is. At times, the book takes no prisoners. Every Jungian analyst, candidate and scholar simply must read this book. But the way in which Kirsch situates his first-person narratives against the backdrop of world politics – in Russia, China, South Africa and Latin America, for example – makes this memoir worthy of serious attention from non-Jungian thinkers and practitioners."

– Andrew Samuels, Professor of Analytical Psychology, University of Essex
Product Description
From conception until the present, C.G. Jung, his ideas, and analytical psychology itself have been a central thread of Thomas B. Kirsch’s life. His parents, James and Hilde Kirsch, were in analysis with C.G, Jung when he was born, and he was imaged to be the product of a successful analysis. At an early age, Dr. Kirsch was introduced to many of the first-generation analysts who surrounded C.G. Jung, and over time became acquainted with them. Later, in his roles with the IAAP, he gained a broad knowledge of the developments in analytical psychology, and through both his early family history and in his later professional life, Dr. Kirsch worked closely with many analysts who were integral in forming the foundations of analytical psychology.

Dr. Kirsch graduated from Yale Medical School in 1961, did his residency in psychiatry in the Department of Psychiatry at Stanford University, and then spent two years with the National Institute of Mental Health in San Francisco. He completed his Jungian training at the C.G. Jung Institute of San Francisco in 1968. In 1976 Dr. Kirsch became president of the Jung institute in San Francisco, and in 1977 he was elected second vice president of the International Association for Analytical Psychology, or IAAP, the professional organization of Jungian analysts around the world. As vice president and then president of the IAAP for eighteen years, he traveled the world and was able to meet Jungian analysts from many different countries. This position allowed him to serve a missionary function of sorts in new areas like China, South Africa, Mexico, Russia, and other former Soviet Eastern Bloc countries. In A Jungian Life, Thomas B. Kirsch reflects upon his entire existence which has been intimately involved with C.G. Jung and analytical psychology.

About the Author
Thomas B. Kirsch is a Jungian analyst in private practice in Palo Alto, California. He was president of the C.G. Jung Institute of San Francisco from 1976 – 1978, served on the executive committee of the International Association for Analytical Psychology from 1977 – 1995, and was IAAP president from 1989 – 1995. Dr. Kirsch was the co-editor of the Jungian Section of the International Encyclopedia of Psychoanalysis, Psychiatry, and Neurology, 1977, as well as editor of the Jungian section of the three volume International Dictionary of Psychoanalysis edited by Alain de Mijolla, 2005. He is the author of The Jungians: A Comparative and Historical Perspective, Consulting Editor to the Correspondence between his father, James Kirsch and C.G. Jung, 2011, as well as many published chapters in books, articles in scientific journals, and book reviews. In 2013 he co-edited with George Hogenson a book of papers on Jung’s Red Book. For more information on Dr. Kirsch, see his website at www.jungians.com.

Huffington Post Book Review
If anyone can legitimately claim to have lived A Jungian Life it would be Thomas B. (aka Tom) Kirsch. It wouldn't be an exaggeration to say that Jungian DNA oozes from his pores.

The son of renowned Jungian analysts James and Hilde Kirsch, Dr. Kirsch (a Yale MD by training) is also an accomplished Jungian practitioner in his own right. Born in 1936, he's also a bridge between the first generation of Jungians and those that followed the pioneers. Both his parents were early disciples of CG Jung and after immigrating to the U.S., founded the Jungian Institute of Los Angeles.

A consummate insider by dint of birth, Tom had a catbird seat to the comings and goings of movie-star patients, analysts, and sometimes their shenanigans. As a young man, he even had the opportunity to meet Carl Jung.

As an adult he took a leadership role in Jungian professional organizations, such as the Jung Institute of San Francisco and eventually as President of the International Association of Analytical Psychology.

Autobiographies can be a tricky proposition, but you don't find the author pontificating about his successes nor omitting lapses. A Jungian Life was written to tell his story, not to impress the reader with his scholarship and erudition. I get the strong impression he's self-conscious to a fault about portraying his life and times realistically.

His accounting of his own family's idiosyncrasies are refreshingly honest and unpretentious. He's not out to cast blame, he's telling you the psychological truths of his upbringing. He admittedly had an arrogant streak as a young man, but learned a few lessons. Throughout the book you can read between the lines that this is a compassionate guy. He's even sympathetic to wing nuts who sometimes caused him untold grief.

His prose is transparent, unvarnished, and easily digested. You don't have to be a Jungian analyst to understand his thinking or to get something out of this book. However, as a subculture, Jungians do have their own language. It helps to have a basic understanding of Jungian vernacular when he throws around terms such as "shadow," "transference," or "synchronicity."

Scattered throughout the book are nuggets that I believe would be of interest to both lay and professional Jungians. For instance, he discusses the perennial innuendo regarding Jung's purported Nazi sympathies. (Totally untrue, states Dr. Kirsch, based on a great deal of evidence, including letters between Jung and his own father, James).

Dr. Kirsch is one of the preeminent historians of the Jungian movement, and students of this subject will derive a great deal of pleasure from his work.

As the offspring of analysts who were part Jung's inner circle, he knew many of the influential analysts and camp followers who sat at the feet of the great man. Realistic thumbnail portraits of these individuals are sprinkled throughout the book.

Those who might have felt that Jungians were somehow above the fray when it comes to petty politics or all-too human foibles, such as lust, envy, or power, will realize that they are very much like the rest of us.

As president of the IAAP he had the responsibility of overseeing the standards and membership of the "CG Jung Club." For better and sometimes worse, he was immersed in the world of Jungian politics and doctrine. This often involved a great deal of travel to the far-flung and emerging provinces of the Jungian empire. He oversaw the growth and education of analyst communities in places as diverse as Brazil and Denmark. To his great satisfaction, he also helped kick start the establishment of Jungian communities in Taiwan and China.

His chapter on his tenure in the IAAP is often fascinating stuff if you're a confirmed Jungian but might be a bit too "inside baseball" for the average reader. (Most people won't care about the split between the Flemish- and French-speaking members of the Belgian Jung Institute).

That said, this attention to detail gives the reader an idea of how thoroughly researched this book is. If your life is dedicated to understanding the psychological truth, your autobiography had better be factual.

The memoir does a terrific job blending his life story and often painfully accrued self-knowledge, with insights into Jungian "society." Tom Kirsch was born into Jungian aristocracy and in a manner of noblesse oblige, has really given it all back to the community -- not to mention his patients. (It's interesting that the book's one omission was the service to his patients. Perhaps that's another book).

A Jungian Life is a must-read for anyone with a serious interest in Analytical Psychology and the contemporary history of the Jungian movement.

Rob Kay is a Honolulu-based writer with a life-long interest in Jungian psychology. 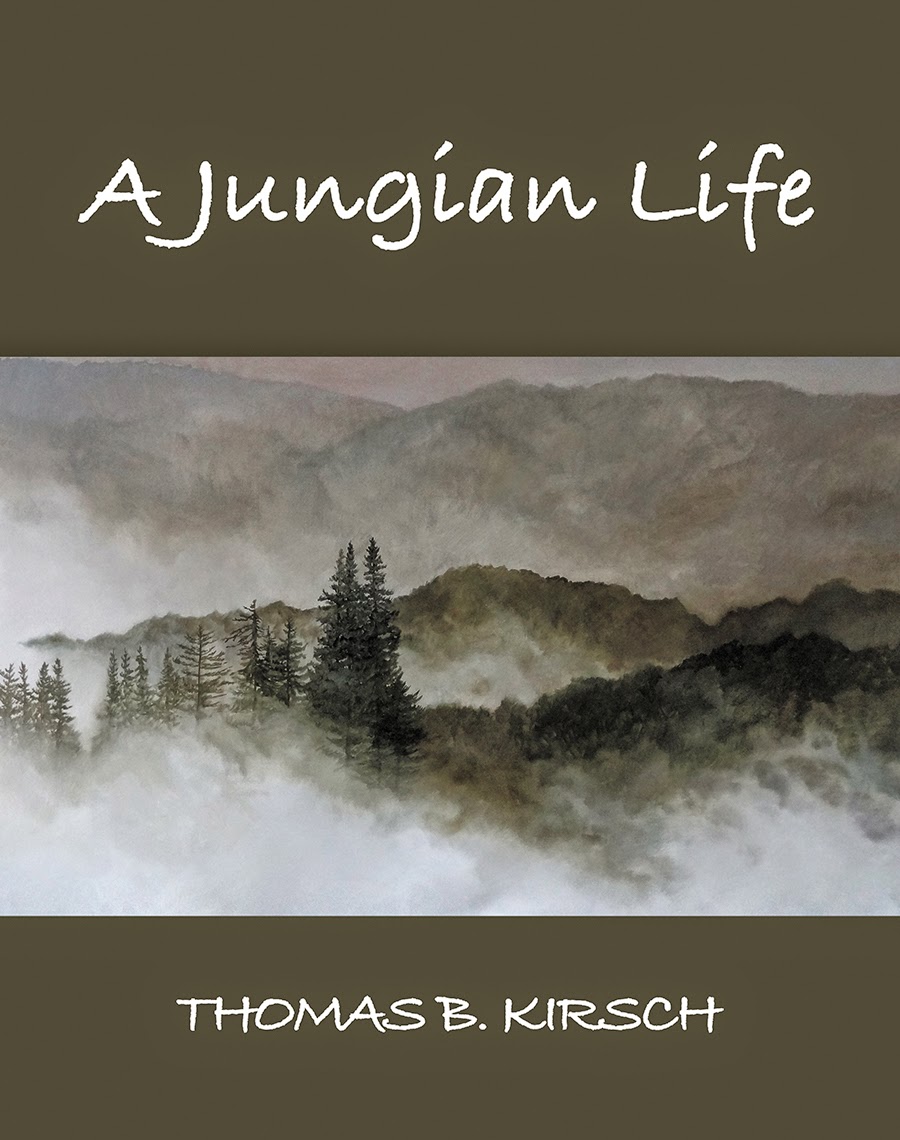